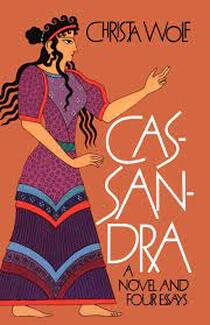 Christa Wolf's story Cassandra is about the aftermath of the Trojan War and the
main character who waits to be executed.

Christa Wolf, a German novelist who wrote Cassandra, was more of a feminist writer who engages us readers with moral and political writing.
Down below I have listed a few websites that reflect Christa Wolf's life, and more information about The novel Cassandra. 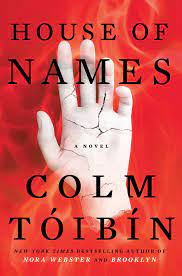 The Book-House of Names by Colm Tolbin is a rewritten version of The Oresteia. The book is broken down into three main characters' points of view, Clytemnestra, Orestes, and Electra. Tolbin gives his thoughts on the major events that happened in the Orestes like Iphigenia's sacrifice from Cyldemnestras point of view, or the Murder of Agamemnon. Down below I have listed a few websites with more information about Colm Tolbin and The book House of Names.
​
For more information about the author Colm Toilbin,  refer to the Department of English and Comparative Literature. For more inforamtion about the book itself refer to Simon and Schuster.
​ 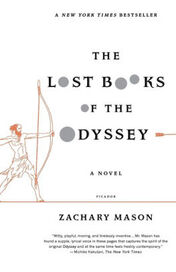 The Lost Books of the Odyssey, written by novelist Zachary Mason, retells the story of Odysseus' return to Ithaca from Troy, alternated with flashbacks from the Trojan War. Mason has rewritten the story into forty-four difference chapters and point of views twisting the minds of all readers intriguing them for more.

Down Below I have listed few websites about the book itself, and more information about the author Zachary Mason as well.

The Lost Book Of The Odyssey
Author Zachary Mason 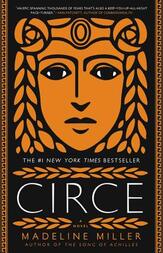 Circe is a novel that chronicles the narrative of the Greek mythological character of the same name. Circe is a cruel, savagely beautiful witch who draws sailors to their deaths, but Circe as imagined by Madeline Miller is completely different. Circe is a complicated, flawed, and sympathetic character who is trying to find the meaning and significance in her immortal life.
​ 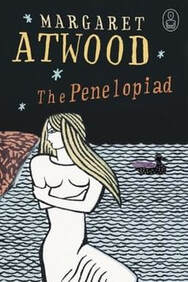 The Penelopiad is a short re-written story of the odyssey focused mostly from the main characters's point of view, Penelope, and her twelve hanged maids. As you read more into the book you find out the troubles that Penelope goes through as her husband stays away at the trojan war for years.

If you want to learn more about the author Margaret Atwood and her Feminist Novel click the button down below!

​
Learn More About The Book Here